The snow storm that affected southeast Idaho on Sunday was a bit complex, as the snow came in two different rounds. The first round came with a cold front that moved through during the late morning and early afternoon hours. This brought a brief period of light rain and snow to Dubois, Idaho Falls, and Pocatello, but it didn’t last long and accumulations were very light (shown in first radar loop at right). The heavier, more intense snow fell in the evening with the second round (shown in second radar loop at right). This second round was what we refer to as a “convergence event,” and it is a result of the unique topography of Southeast Idaho.

A convergence zone is simply where winds of two different directions come together, or converge. In this “convergence zone” where the winds of differing directions meet up, the air must go somewhere. Since it cannot go down into the ground, it is forced upward. The air cools and condenses as it rises, leading to the development of clouds and precipitation.

During the late afternoon and evening on Sunday, we had winds blowing from the west/southwest across the Snake River Plain behind the cold front that passed through earlier in the day. Meanwhile, north/northwest winds (winds blowing from the north/northwest) were spreading southward out of the Central Mountains and Upper Snake Highlands. These winds of differing directions met up south of Dubois, and sagged progressively southeast with time. Thus Idaho Falls and Pocatello were affected by this “convergence zone” where heavier snow was falling, while Dubois was not as it remained to the north of this feature and only saw some very light snow during the evening. Pocatello ended up receiving 2.5-4 inches of snow and Idaho Falls received 3-5 inches, while Dubois saw very little accumulation.

We see this set-up fairly often during the winter, but it’s always a challenge to accurately determine ahead of time exactly where the winds of differing directions will meet up to force the air upward, leading to the development of snow. As was the case Sunday, snowfall amounts can vary significantly over short distances based on what areas are in this convergence zone and which remain outside of it. 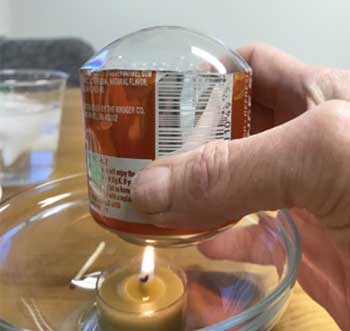